Tesla is in the process of building its latest Gigafactory near Berlin. And it’s not just the capabilities of the finished factory that are set to be “giga”, as the construction project itself is turning out to be a remarkable undertaking, too. This is where Hellmich Kranservice GmbH is proving itself to be a vital contributor to the construction and installation of the factory with the help of its four Tadano all terrain cranes.

The Gigafactory Berlin-Brandenburg is set to be the most advanced series production facility for electric vehicles in the world. At least this is what Tesla is calling it on its home page. Going forward, the Model Y and other subsequent models from the company founded by Elon Musk will be manufactured here. The factory is intended to represent the very latest state of the art, which is why all of these superlatives are also clearly reflected in the widely publicised construction project itself.

The Gigafactory in Grünheide is being built in record time: Construction only began at the start of 2020 and is set to be completed as early as summer 2021. The topping-out ceremony for Hall 1 of the factory was celebrated back in November.

To bring a construction project of this size to fruition in such a short time requires perfect planning and execution. Any kind of delay would have a negative impact on subsequent processes in the chain – something the general contractor of the construction project, Goldbeck International Beton und Stahl, is well aware of. This is why the company relies exclusively on partners renowned for their reliability and speed, such as Hellmich Kranservice GmbH from Riedstadt-Erfelden.

In order to live up to this claim, Hellmich relies on trustworthy crane technology, boasting as many as four Tadano all terrain cranes in active use across Grünheide. The two 44-metre boom-version Tadano ATF 70G-4s and two ATF 110G-5s are now working on getting the Gigafactory ready to launch, with tasks including erecting fire walls and concrete columns as well as lifting steel trusses (girders for the roof structure) and packs of roof panels.

The Gigafactory is being constructed based on the “Lego principle”, explains Carsten Molitor from the Hellmich planning department: “There are four halls in total, each measuring around 300 m long and 200 m wide. These will be combined into one large complex at the end.” For Hellmich Kranservice, this means endless lifting of prefabricated parts of various weights and dimensions. The concrete columns that form the basic structure weigh 15 to 30 tonnes, depending on the design. As for the fire walls, these weigh 10 tonnes, while the steel trusses and roof panels come in at around 3 tonnes each. The steel girders alone have a total weight of around 5,000 tonnes of steel, so all in all it’s an extreme load for the technology and crane drivers to handle.

“When it comes to concrete and steel construction, we prefer to use Tadano cranes. They really are unbeatable in this area on account of the lifting capacities they offer in their respective classes. We also appreciate the flexibility of the machines from Lauf an der Pegnitz,” explains Carsten Molitor in staunch support of the company’s choice of crane manufacturer. In addition to lifting capacity, robustness is the most crucial factor to consider for a project as ambitious as the Gigafactory. “The cranes are in almost continuous operation for weeks and months on end. This means the machines have to give everything they’ve got, but we know we can rely on our Tadano cranes. It’s a great feeling, really, because we can’t afford for anything to go wrong on site or else the super tight schedule will go out of the window.”

If maintenance is required, the employees of Hellmich Kran GmbH know they have nothing to worry about. “The service from Tadano is just as reliable as the cranes themselves. If we need support, we know we can call on the Germany-wide network of highly skilled technicians, which means there are no delays on the construction site. For us, this is yet another vital component of the overall Tadano package,” explains Carsten Molitor.

Given the large number of machines on the Gigafactory construction site, space is sometimes at a premium. This is when the compactness of the 70 and 110 really pays off. The ATF 70G-4 is only 2.66 metres wide and less than 12.5 metres long, while the 5-axles are a narrow 2.75 metres wide and well under 15 metres long. On projects like this, the 110 also ranks highly with its asymmetrical outrigger base, which allows the crane to achieve optimal lifting capacities with outriggers extended to different distances. This is another major advantage of Tadano cranes on the busy Tesla construction site. 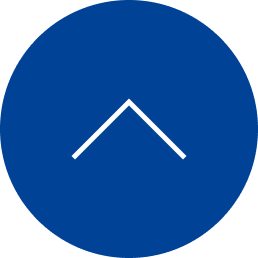